Women ordered to kneel before being savagely molested, whimpering, tender kids being tortured, their crime: venturing to violate ghost towns. The foregoing scene is found in a video that circulated last week on social media. The images are simply unbearable, but for those who are well-informed of the situation on the ground, it is a commonality in the daily lives of the population of the anglophone regions for close to three years now. It is a life made of cruelty, misery and disarray. At the same time, this unliveable situation is cautioned by terror mongers, whose cynicism can only be compared to that of Vlad Tepes, better known as Dracula. Others make gains from the situation by skilfully fuelling the confusion. This explains why there is the tendency to stigmatize.

Anglophones have nothing against Francophones

“Anglophones are complaining of Francophones and want to separate from them” this is the simplistic and funny reading made by some “observers” whose lacklustre analyses only reflect to their ignorance of historical, sociological and security facts. This is caused by the propaganda carefully carried out on media and social media networks by certain anglophone “leaders” and their acolytes. Of course, the situation is a lot more complicated that the simplistic reading made of it. But it could also be much simple too. The complexity of the situation is made by the entanglements of social demands, the demands of anglophones for ages. These demands touch on almost all sectors, notably politics, the economy and culture. The simplicity of the situation is explained by the fact that natives of the South West and North West regions are asking for respect and recognition of their Anglo-Saxon specificity in the institutional and national setup of Cameroon. The situation is therefore not about the hatred of francophones by anglophones. Daily life demonstrates this. Francophones and anglophones continue to live together in peace and happiness as it has always been, even at the time of this crisis. Moreover, one observes in the dramatic movement imposed on the population the mass displacement of Cameroonians of the anglophone regions into francophone regions. This demonstrates that they (anglophones) do not consider Francophones as their enemies. Quite the contrary! Who would seek refuge in the enemy’s house at war time? Misplaced expressions like “anglofools,” “bamenda,” “francofools,” or even “frogs” go a long way in identity profiling specific to Cameroon like in all African states, which warrant that segments of the population heap pejorative terms (slurs) on each other as markers of differentiation. This is done often without any intention to hurt. However, it is evident that in a noxious social situation, the use of slurs can lead to explosive consequences. This explains why the use of slurs should be limited or simply avoided. Also, the incursions of some “Ambazonian” armed groups into the francophone zone as was seen in the Moungo, the Menoua or the Noun divisions is in no way indicative of the desire of anglophones to fight against francophones. The incursions fall in line with insurrectional situations because the goal of the fighters in their incursions is to replenish themselves with food, material, including arms or even hostages, which they may exchange for a ramson. In fact, the fighters’ incursions can be seen as acts of plunder and nothing else.

Anglophones do not support Ambazonians

The other illusion skilfully projected is that Anglophones in their vast majority support “ambaboys,” making themselves accomplices of their actions by financing and protecting them. This easy reading pushed forward by some anglophone “leaders” and even francophones is very dangerous because it has led to scary situations. It is therefore necessary to make some clarifications. Indeed, at the onset of the crisis in November 2016, the people of the North West and South West regions massively gave their support to the Civil Society Consortium because of the appropriateness and pertinence of the demands put forth by its leaders, lawyers and teachers. The people were moreover seduced by the peaceful and structured approach of the leaders. This brought forth solidarity, especially when the leaders were arrested and imprisoned, leading to a form of radicalization. It is also necessary to specify that the militarization of the anglophone crisis is a result of a sum of factors embedded in the past. First, the illogical decision of the Cameroon government to dissolve the consortium (a consortium that was in talks with the government) and to imprison its leaders, as well as the its intransigence in discussing about the form of state, drowned moderate voices in the anglophone community and favoured the emergence of extremists. Second, it is important to know that the anglophone region of Cameroon is largely made of “grey zones,” which are largely not within the control of the state and public authorities as it is the case with the majority of areas in Francophone Cameroon referred to in bureaucratic jargon as “hinterlands.” This favours the trafficking of all sorts of materials including drugs and arms. It is an open secret that the boundary with Nigeria has always been favourable for this kind of activities. This situation has worsened with the radicalization of the crisis. Taking advantage of the increase in lawless areas and finding it easy to arm themselves, petty criminals have taken advantage of this new dispensation. Finally, in the psychosocial domain, one must take into cognisance, on the one hand, the “fantasy of the pistol,” which lures young people of a certain age into “war games.” This explains their desire for military and security careers.  On the other hand, reflexes of “primary solidarity,” limit the collaboration of the population with defence and military forces, because in denouncing the criminal they would be denouncing someone who could be a nephew, a brother, an uncle, in short, an acquaintance. Denouncing a criminal is not always easy because it could engender enmity between families that can last for generations. In this regard, the story of the fight against UPC nationalists and that of the fight against Boko Haram terrorists can prove to be instructive.

Anglophones are the main victims

Given the current situation on the ground, anglophones shall be the first to be disillusioned. Indeed, to finance their “struggle,” “Ambazonians” impose on them “war taxes.” Many people from the anglophone regions have witnessed the kidnapping of their parents (wherein ramsons are paid) while a majority of anglophone elite receive messages with the tag “Ground Zero,” in which they are threatened with kidnappings, murder or the burning of their property if they do not quickly send colossal sums of money often reaching tens of millions.  It is the same for the « diaspora » who have to pay “fines” to come home for holidays or to bury a relative in the village.  At the end of it all, many anglophones are banned from going to their village of origin and are obliged to organise major events like funerals and marriages in the francophone zone or abroad. It is also the case with the tens of thousands of secondary school and university students who have abandoned classrooms in the North West and South West to go and continue classes elsewhere. The increase in enrolment in bilingual secondary schools and other anglophone schools situated in the francophone zone is a sufficient pointer to the strong desire of these learners to continue their education. It is surely this dispensation that has caused leaders like Mancho Bibixy and Agbor Balla, whom are now calling for the resumption of classes, to change their position with regard to schooling. It is believed that the stance taken by the two is geared at embracing an approach which will lead to the normalization of the situation. This is because unbearable situation of the tens of thousands of displaced persons who lead miserable lives either in forests in Nigeria or Cameroon or in towns and villages of Cameroon and whose daily lives are couched in poverty with all the excesses that go with it. This is further confounded by the thousands of people who have been killed and wounded, whole villages that have been burnt, heads that have been cut off, girls and women that have been raped, tombs that have been desecrated, grandparents that have been humiliated, men of God that have been desacralized and schools and hospitals that have been burnt. Henceforth, misery is a common feature in the anglophone regions with the falling apart of economic activities. A majority of companies have closed, small businesses have been plundered and many other activities have stopped. The so-called respect by the population of orders made by Ambazonians being nothing other than a survival tactic and a form of respect morphed by terror. This is because the disrespect of the Amba orders is tantamount to an act of self-condemnation. It could lead to death or at least to horrible consequences as have been seen in the video showing the torture of women and children. Caught between two walls, that of the “ambaboys” and that of the army, which does not differentiate in its onslaughts, anglophones find themselves in a dilemma.

No to Cynicism and Stigmatization

What is more disconcerting is the attitude of some people faced with this morbid reality. This is the case, first of all, of the Ambazonian pseudo-leaders, who from the comfort of their homes in the diaspora spend much of their time aggravating the situation by sending funds and above all making daily inflammatory statements. The self-fighting among them, and which often has repercussions on the ground, reveal the futility of their “struggle” because it is no more, no less a “struggle” for self-positioning.  And then there is the group of “francophone sympathizers” of the anglophone crisis, whom taking advantage of their opposition to the current regime and being determined to stop at nothing to accede to power, encourage the “ambaboys,” while denying their support at the same time. Their main method is to lay blame on the government. Finally, there are people in the Cameroonian ruling class who are not making any effort for the situation to normalize for the following reasons: the war permits them to enrich themselves, the war permits them to position themselves politically, and there is the fear that the resolution of the crisis will make them lose their posts. Whatever the case, the desire is not only that the crisis should come to an end as soon as possible, but above all, that this stigmatization should stop because Anglophones are not Ambazonians!

By Moussa Njoya, political analyst, first published on the 22nd July 2019 in Défis Actuels No 404 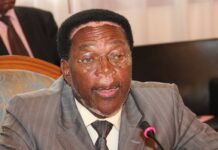 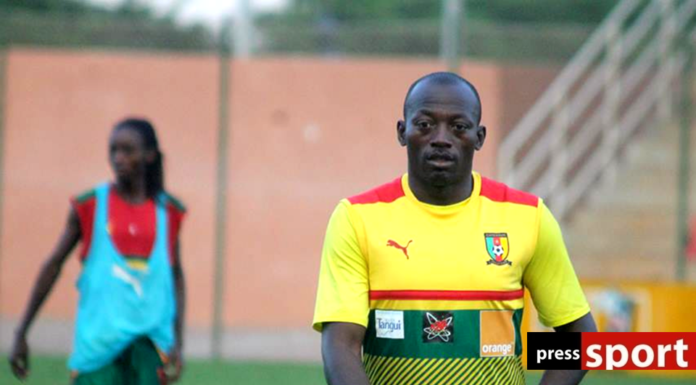 Nécrologie : Me Souop Sylvain n’est plus