During the recent past, we have been witnesses of macabre scenes: the decapitation of a teacher and the exposure of his severed head in the city centre of Bamenda, the killing of a baby sleeping in its bed in Muyuka and the decimation of animals. Henceforth, everybody agrees that the security crisis that has been brewing in the Anglophone zone since 2016 has reached an unbearable and unjustifiable limit. In the face of these horrible scenes that now occur almost on a daily basis, it is everyone’s wish that inclusive dialogue is an absolute necessity. What remains to be determined about the said inclusive dialogue are the diplomatic, legal and political practices that are known in similar situations in the past.

In reaction to Prime Minister Dion Ngute’s declaration made during his tour of the North West and South West regions, expressing the willingness of the government to discuss every topic excluding secession, the self-proclaimed President of Ambazonia, Sesiku Ayuk Tabe made an outing last May 27th 2019 during which he expressed his readiness to engage in dialogue with the Yaoundé authorities. For this dialogue to take place, he posed certain conditions with the main ones being the withdrawal of security and defence forces, administrative authorities and civil servants from the Anglophone zone; the liberation of all persons arrested since 2016 as a result of the crisis; equity and parity between Cameroun and Ambazonia representatives during negotiations that shall hold out of Cameroon. These negotiations shall hold under the auspices of the United Nations with the participation of the United Kingdom, France, the African Union, the Commonwealth, the European Union and ECOWAS as “witnesses.” These negotiations shall discuss issues relating to politics, the economy and socio-cultural life. This approach, which is essentially political (holistic) is in contrast to that chosen by the government of Cameroon, which since 2016, after some moments of hesitation, has opted for q bureaucratic and technocratic approach, preferring to engage with the different sectors involved in the crisis, discussing with the leaders of lawyers’ syndicates, teachers’ trade unions and students. On the heels of these discussions, the Yaoundé authorities, propelled by Paul Biya, took some measures, the main ones being the special recruitment of Anglophones in secondary schools, in the magistracy and in court registries; reforms at ENAM and the Supreme Court with the institution of the Common Law section, the translation (from the French) of the OHADA Uniform Acts into English; the appointment of Anglophones into courts, secondary schools and universities, etc. Apart from these measures that sought to resolve issues raised by specific sectors, the Yaoundé authorities also took some decisions of a political nature by appointing Anglophones to prestigious ministries.

In this confrontation between the government and separatists, political parties come only in the third position. Opposition political parties fault the government for the deterioration of the situation, while the views of others tend to be sympathetic to secessionists ideas. In consequence, they propose that dialogue should take the form of a sovereign national conference. Some others even do not hesitate to call for the stepping down of the current government and the setting up of a transitional government.

The civil society is not left out in proposing the form of dialogue to resolve this crisis. The most noticeable being the Anglophone General Conference (AGC) proposed by Cardinal Tumi. Taking from the All Anglophone Conferences that took place in the 1990s, the Cardinal’s initiative aims at bringing together the greatest number of Anglophones from home and abroad to trace the origins of the present crisis, to propose long lasting solutions and to serve as intermediaries between the government and Anglophones. In face of this myriad of proposals, it is worth noting that each stakeholder makes proposals in a way that appears favourable to it. As a consequence of this, each party is held back by distrust and mistrust and because of this, the famous inclusive dialogue may become a worn-out issue.

Inclusive Dialogue: the way to go.

Drawing from experiences on the Africa continent and beyond, some measures can serve as a basis on which to broker inclusive dialogue. First and foremost, all preconditions before dialogue must be avoided. Indeed, the principle of inclusive dialogue entails bringing on board the greatest number of stakeholders as much as possible and the discussion of all issues, including those ones that are considered as taboo. The stakeholders must therefore avoid imposing preconditions before any dialogue like the withdrawal of civil servants and the military, because there is no guarantee that such a withdrawal will not rather make the other party (the government) a weaker contender in the dialogue as was the case in Côte d’Ivoire.

Moreover, the stakeholders should not take the moment for dialogue to resolve all the problems in the country. The particular character of this dialogue that should focus on specific issues, must avoid delving into unending debates. It should avoid embracing too many issues lest, it might bite more than it can chew. Also, taking on too many issues can lead to overlapping of issues wherein certain actors may seize the opportunity to attain their personal objectives to the detriment of the interest of the majority, like it has been observed in Mali or in South Sudan. Further, it would be necessary to bring about confidence building measures between the stakeholders. For this to happen, for example, persons whose detention is difficult to justify could be released because among those currently being detained, there are some whose detention is more than problematic. It is also important to guarantee the immunity of different representatives, their political leanings notwithstanding. Further still, all forms of trickery and violence must be avoided because the moment of dialogue is not the occasion to “neutralize” leaders but rather to win over the people. It is evident that the clamping down of the rebellion has turned the leaders into “martyrs,” radicalized fighters and favoured the growth of new factions.

The opening of talks must be done under the auspices of a neutral and foreign third party. But it is suggested that the United Nations and other super powers whose failure in mediation is glaring should be kept out of the talks. Organisations like the Sant’Egidio Foundation are examples of such neutral bodies. The Sant’Egidio Foundation is an association of catholic faithfuls founded in 1968 in Rome by Andrea Riccardi. Its activities extend to the local, national and transnational levels. This organization has substantial results and novel methods in resolving international disputes and mediating in crisis. For example, Sant’Egidio played an important role in the negotiations that culminated in the signing of the peace accord on the 4th of October 1992 which put an end to the civil war Mozambique; it also took part in the setting up of peace talks between Algerian political organisations and the consolidation of a common platform, called the Sant’Egidio Platform. Also, the organization took part in the mediation talks that ended in the resolution of the conflict in Kosovo, the resolution of politico-military crisis in central and West Africa, notably in the Central African Republic between the Anti-Balaka and the Séléka rebels, and in Senegal between the government and the Casamance independent forces.

The choice of Sant’Egidio is even more pertinent given that a significant portion of Anglophones and President Paul Biya are catholic christians. It is through the threshold of this third party that “conservatory measures” like the place, the delegates and their representatives, the foreign partners, observers, ceasefire, the form of discussions and the possible liberation of separatists leaders among other issues can be negotiated. It is imperative for government representatives to come down from their habitual arrogance, which makes them assume messianic and unilateralist postures in the taking of decisions. 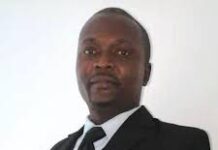 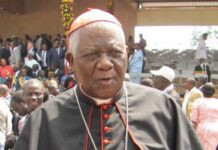 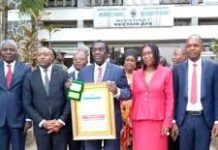 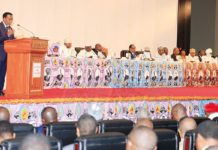 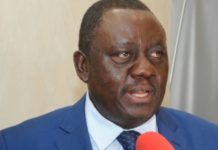 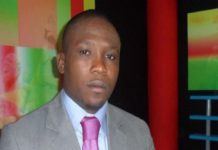